How to Write a Book with Book Sales In Mind: An Interview with Thane Crossley Writing a Book? You Need These 5 Boundaries! 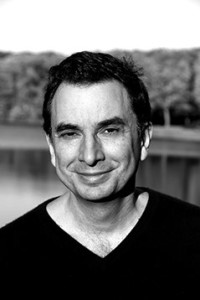 In anticipation of the Authors on Main event this weekend, Tim Cotter interviewed Connecticut writer Dan Pope about his work and his new novel, Housebreaking, a work the New York Times called “a heartfelt chamber piece of flawed personalities, calamitous decisions and ­unexpected moments of grace.

Tim Cotter: Your novel paints a somewhat bleak picture of the suburbs and their inhabitants. Is life really that screwed up for all us suburbanites!?

Dan Pope: Funny you should use the adjective “bleak.” I just finished listening to the audio-version of the book and I found myself thinking at the end, “Wow, that was a bit bleak!” 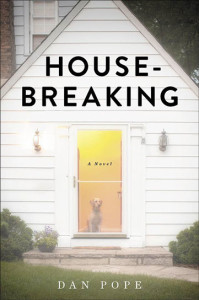 But I suppose that bleakness may be expected, given that the novel deals with a family that is responding to a horrific loss — the death of a 17-year-old boy.  I wanted to counter that feeling with the more lighthearted characters of Len and Terri.  Although Len himself is dealing with the death of a loved one, his wife of 40 years, he is a more grounded person, having a lifetime of experience behind him.

As for the general feeling of the suburbs, I guess I do sense a different attitude from its inhabitants. I grew up in this same town in the 1970s — West Hartford, the model for Wintonbury — and now I sense that the moms and dads who live here seem a less happy, more harried bunch, always in a hurry, perhaps a bit rude, even. Although wealthier than the moms and dads of my childhood, these suburbanites seem distracted, impatient, and more driven toward consumerism and consumption. Those are my general observations of the townspeople, so perhaps that feeling leaked into the book as well.

Tim: Reviewers and readers found Leonard, a widower who had a stroke, an interesting and sympathetic character. What was it about him that readers related to and what can you tell us about his genesis?

Dan: I think readers are responding to his outlook on life. He is selfless, more concerned with the welfare of others than his own happiness. This attitude lets him see the world in a more pragmatic way, I think. I think he presents a model that is wholly in contrast to the self-obsessed millennials of today, with their gadget-driven self-absorbtion.

His genesis was simple. He’s based on the men of that “greatest generation” that I’ve known, mostly my dad and his pals of that era.  Who are all gone now, alas, or almost gone… The book is dedicated to the memory of my dad.

Tim: You write from multiple points of view and use flash-forwards and backs. Does that complicate the writing process?

Dan: Complicate — no. Those are techniques I’ve learned over the years of attempting to hone my craft as a writer, and from reading the masters of literature. You pick up things here and there — like a pitcher who can toss a screwball, slider or sinker, etc. — so I can use them when the situation arises. I particular enjoy switching perspectives, trying on different characters and their voices. I wanted to write from the perspective of the dog in his novel — Yukon — but I couldn’t pull that off.  Maybe the next book!

Tim: Can you tell us about your writing routine?

Tim: What are you working on now?

Dan: Some short stories. Then I plan to start a new novel, something entirely different, and it might even feature a zombie or two.

Connecticut writer Dan Pope will talk about his work and sign copies of his new novel, Housebreaking, at Authors on Main at 6 p.m. Sunday, Aug. 16 at Contemporary Theater, 327 Main St., downtown Wakefield. The event is free; books will be available for purchase courtesy of Wakefield Books.

The event is sponsored by Randall Realtors and the Osher Lifelong Learning Institute at the University of Rhode Island.

Pope graduated from the Iowa Writer’s Workshop in 2002. He has published short stories in McSweeney’s, Harvard Review, Crazyhorse, Greensboro Review and many other journals. He is the author of the novels In the Cherry Tree and Housebreaking.

This interview will also appear in the Narragansett Times. Have questions for the author? Ask here.